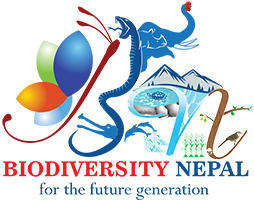 Biodiversity Nepal
For the Future Generation

East African nations have been battling with swarms of desert locusts since the beginning of 2020. In what is being called the worst outbreak the region has seen in decades, the Food and Agriculture Organization of the United Nations warns that rising numbers of desert locusts present an extremely alarming threat to food security and livelihoods in the Horn of Africa.

According to the organization’s recent update on the desert locust upsurge, the current situation may be further worsened by new breeding that will produce more locust infestations in Ethiopia, Kenya and Somalia and possibly further afield.

We interviewed Richard Munang, United Nations Environment Programme (UNEP) expert on climate and Africa, on the relationship between environmental factors, climate change and the locust emergency.

What is the relationship between locusts and climate change?

During quiet periods—known as recessions—desert locusts are usually restricted to the semi-arid and arid deserts of Africa, the Near East and South-West Asia that receive less than 200 mm of rain annually. In normal conditions, locust numbers decrease either by natural mortality or through migration.

However, the last five years have been hotter than any other since the industrial revolution and since 2009. Studies have linked a hotter climate to more damaging locust swarms, leaving Africa disproportionately affected—20 of the fastest-warming countries globally are in Africa. Wet weather also favours multiplication of locusts. Widespread, above-average rain that pounded the Horn of Africa from October to December 2019 were up to 400 per cent above normal rainfall amount. These abnormal rains were caused by the Indian Ocean dipole, a phenomenon accentuated by climate change.

How can countries and individuals be better prepared?

While climate change is a global phenomenon, Africa stands out for its vulnerability which is driven primarily by the prevailing low levels of socioeconomic development. Persons living in poverty face compounding vulnerabilities to climate change impacts because they lack the resources to quickly recover from its effects. In this case, desert locusts are ravaging crops in the field before harvesting, wiping out livestock and wildlife feed, and with the savings, assets and livelihoods.

Deployment of climate action solutions such as decentralizing solar dryers to agro-value chain actors can ensure that they can earn up to 30 times more by being able to preserve their harvest and sell during the offseason or gives them the flexibility to compensate for unpredictable events such as these locust swarms. It can also create enterprise opportunities for auxiliary value chains of fabricating these solar dryers. Interventions like this are critical to increasing climate resilience for some of the most vulnerable communities across the continent.

Forest Fire: A Cause of Biodiversity Loss

WHY CAN’T I SEE FROGS AROUND WINTER? IT’S HIBERNATING!!!!!!

Are We Conscious of Urban Forest Management?

How can locusts be controlled?

Controlling desert locust swarms primarily uses organophosphate chemicals by vehicle-mounted and aerial sprayers, and to a lesser extent by a knapsack and hand-held sprayers.

Extensive research is ongoing regarding biological control and other means of non-chemical control with the current focus on pathogens and insect growth regulators. Control by natural predators and parasites so far is limited since locusts can quickly move away from most natural enemies. While people and birds often eat locusts, this is not enough to significantly reduce population levels over large areas.

What is the role of the United Nations in locust control?

The United Nations’ response to locust attack control is multi-agency in nature. While the immediate sector at risk is food security, climate change plays an exacerbating role.

One of UNEP’s roles is to disseminate the latest science on emerging climate trends to inform cross-sectoral policies and ensure resilience is built in the relevant sectors.

The role of the World Meteorological Organization is to forecast the more immediate weather changes that may exacerbate the locusts’ attacks.

While the traditional form of control considered is the use of pesticides, the impact of these chemicals on the environment and other critical ecosystems key to food security—such as bees and other insects, which not only pollinate up to 70 percent of our food but also may have an impact on human health—can not be overlooked. The World Health Organization’s role is to classify the potential risks of different chemical agents to enable governments to invest in the safest one.

One of the mandates of the Food and Agricultural Organizations is to provide information on the general locust situation and to give timely warnings and forecasts to those countries in danger of invasion. The organization operates a centralized desert locust information service. In addition, empowering communities with technologies for value addition such as solar dryers—which are also climate action solutions—enables them to preserve their harvest. This makes it possible for an early harvest at the onset of attacks to ensure they save most of their yields.

The story published on Feb 06 2020 in unenvironment.org

Be the frog scientist: Croaking Monsoon 2020

Forest Fire: A Cause of Biodiversity Loss

WHY CAN’T I SEE FROGS AROUND WINTER? IT’S HIBERNATING!!!!!!

Are We Conscious of Urban Forest Management?