Biodiversity Nepal
For the Future Generation

It is the fifth time that a golden turtle of this species has been spotted anywhere in the world and the first time in Nepal. 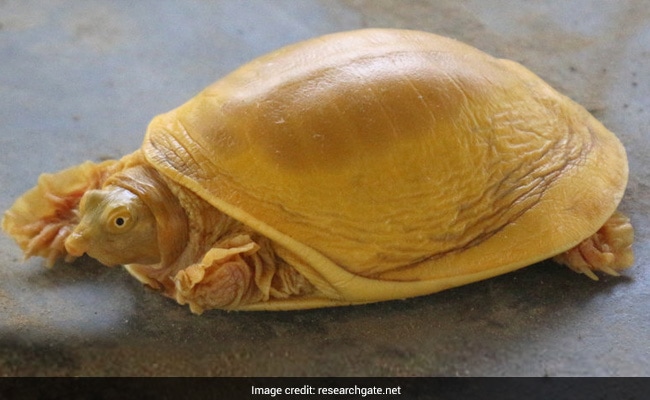 A golden turtle has been discovered in Nepal for the first time by the Mithila Wildlife trust. This turtle is also known as an avatar of Lord Vishnu.

Do you know how it gets the golden colour?

Rise in Rhino Poaching Amidst the Pandemic

This turtle gets its unique colour from a rare genetic mutation which is known as pigmentation. These are essential cells with yellow pigments. When yellow pigment becomes dominant, then the skin turns into yellow.

It is the fifth time that a golden turtle of this species has been spotted anywhere in the world and the first time in Nepal. According to the respondent from the Mithila Wildlife Trust, the turtle was rescued by Chandra Deep Sada, who is an animal keeper at Dhanushadham Protected Forest.

Not only golden animals but turtles overall have significant religious and cultural value in Nepal. According to Hindu mythology, the upper shell of the turtle denotes the sky, and the lower shell indicates earth.

The golden turtle was released back into the wild after pictures were taken as proof. And the photo is getting viral on social media.

Rise in Rhino Poaching Amidst the Pandemic

Lily says that she fought against deadly Canine Parvovirus…